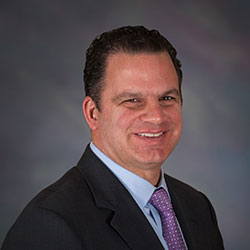 Steve has a robust, proven business background having led numerous organizations over his career. He has been an impressive leader for over 25 years.

Steve is thoughtful, focused and knows how to execute. He has overseen over 50 merger and acquisition deals and over a dozen dispositions of operating companies of all sizes, from start-ups to several deals of over $100million in value. He has also served as CEO of a $300 million retail and e-commerce company, President and CEO of a 600-unit multi-concept franchise portfolio company, and head of corporate strategy for a $1 billion retail company.

Steve has a deep experience in the franchise, retail and real estate industries, with over 25 years of professional experience in executive, financial and legal positions. He has served as CEO, president, COO and other executive positions in multiple companies. He is a seasoned attorney having worked at Alston & Bird one of the country’s most prestigious law firms with over 800 lawyers world-wide.

Steve received his law degree from Vanderbilt University, and earned an undergraduate degree from Wake Forest University, where he received multiple leadership and academic awards. He has served on numerous non-profit and charitable organization boards in Atlanta, Nashville and Washington, D.C. over the years.

Thank you for visiting our website. We look forward to learning more about how we can take your concept to the next level. Please reach out via this form – or call us directly: 404-732-4600